Staten Island, New York City as well as the Nation’s history and architecture is alive and present within the ‘built’ environment of the 270 acre Conference House Park. In addition to the Park’s namesake the circa 1680 Conference House, the Park is home to landmark designated  Henry Hogg Biddle House (circ 1840) with its front and rear two-story portico  and the William H. Rutan House (aka The Rutan-Becket), with its intact 1950s era kitchen. The maritime past of Staten Island’s south shore is highlighted by these wonderful structures. 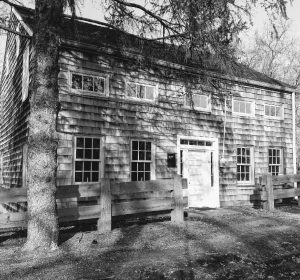 Ward House
The only Ward family home remaining on Ward’s Point today was built circa 1830.  This house belonged to Caleb Ward’s granddaughter, Hannah, the wife of boatman Samuel Wood.  In 1850, Wood sold the waterfront portion of his property to William H. Rutan, and later sold the house to Theodore Leven, a Swedish immigrant.  The Leven family occupied the house for nearly sixty years. 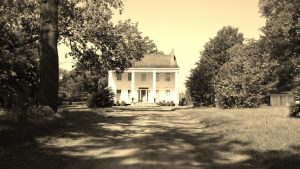 H. H. Biddle House
Captain Henry Hogg Biddle, who owned the ferryboat between Tottenville and Perth Amboy, as well as the area known as Biddle’s Grove (a summer resort for temperance groups), constructed this house circa 1845.  It is a rare surviving example of the Greek Revival architectural style, with identical sweeping, sloped rooflines on both facades. 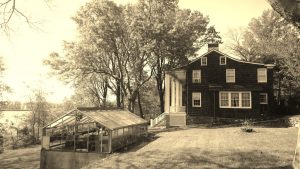 The Rutan-Becket House
The Rutan-Beckett House, built about 1850, was the home of ship builder and New York State Assemblyman William Henry Rutan.  It remained in his family until 1910.  After a period of abandonment, the Beckett family purchased the house and remodeled and modernized it in the 1950s, which is how the house remains today.   The Rutan-Beckett House is furnished today as a wonderful example of the popular American décor style of the 1950s.